Why Travel Is Necessary

Posted by readtravelwrite on November 2, 2016 0 Comments 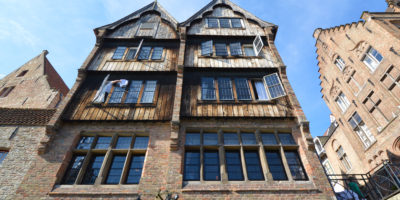 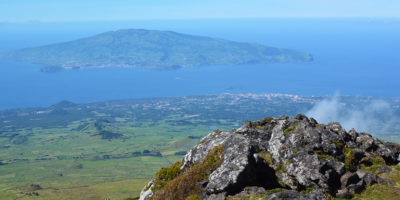 Why You Should Go to the Azores Now 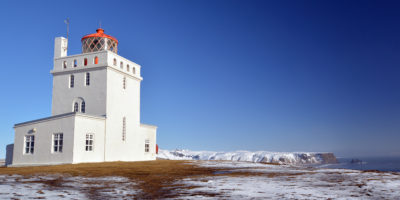 It was uphill work for a foreigner, lame or sound, to make his way with the Bleeding Hearts. In the first place, they were vaguely persuaded that every foreigner had a knife about him; in the second, they held it to be a sound constitutional national axiom that he ought to go home to his own country. They never thought of inquiring how many of their own countrymen would be returned upon their hands from divers parts of the world, if the principle were generally recognised; they considered it particularly and peculiarly British. In the third place, they had a notion that it was a sort of Divine visitation upon a foreigner that he was not an Englishman, and that all kinds of calamities happened to his country because it did things that England did not, and did not do things that England did.
– Charles Dickens, “Little Dorrit”, 1857

The United States is currently in the last throes of a presidential election. Unlike the last few elections, this one, to the surprise of the big wigs in both major parties, is all about racism and xenophobia. You can say it’s Donald Trump’s fun TV persona, or some kind of adverse economic pressures felt by uneducated white voters, but we can all see and hear the one blood-pumping issue that’s gotten so many right wing voters excited and ready to throw out every other thing they supposedly believed in out the window of the speeding Trump-train: a lot of people in America really don’t like foreigners, particularly ones you can distinguish externally by their skin color, language, accent, or clothes. And even people born in the United States that happen to be of a non-white skin color often get called into question – including the president. I could say Americans don’t like immigrants, but that isn’t exactly true. I’m an immigrant, and nobody seems to care. I’m white, have nearly no accent, and my English grammar – well, let’s just say I’m one of the few people left that even care about things like grammar. In fact, some of my coworkers feel comfortable sharing their discomfort and resentment of other, non-white immigrants, with me. It doesn’t phase them at all, because – well, I don’t look different. I don’t interrupt their picture of the world.

But what is the American picture of the world? Unless you live in one of several major urban areas in the US, that picture is one in which there is a lot of white people, some black people, normally in a separate neighborhood, a few Hispanics that come once a month to mow the grass, and a Chinese family that sells you cheap takeout. I know I’m simplifying, but if you listen to the concerns and the emotions of regular people from around the country that truly wish for things like a ban on Muslims or a wall between America and Mexico, you will hear something to that effect: “I’ve lived here all my life, and now it’s changing”, “What if my daughter falls in love and marries a Muslim man?” The latest episode of This American Life does a great job in collecting these concerns from a small town in Minnesota.


Somehow, in a world with the highest level of cultural uniformity in human history, the white descendants of native-exterminating, African-kidnapping immigrants to North America are afraid that the Tatar hordes will swarm their plains and impregnate their women. The question many people are asking is – why? I don’t know all the reasons. But I know that the legacy of American isolationism and the fact that relatively few Americans travel abroad is a factor. The statistics on how many Americans travel abroad are not as terrible as you might have heard, but only about a third of US citizens have a valid passport. Only about one in five travel abroad regularly, and more than half have never left the country at all. This may not represent your circle of friends, but it is generous if you talk to people in suburbs, rural areas, small and medium towns around the US. To many Americans, foreign travel is simply crazy and unnecessary, like water skiing or cooking from scratch. This boggles the mind when you consider that the US passport is one of the best passports for travel – as of 2016, holders of a US passport can travel to 174 countries without a visa or with a visa upon arrival. Apparently it’s the 4th best passport in the world in terms of travel freedom! And United States has a very strong, convertible currency and relatively high median income. But foreign travel is just not a thing a regular person does. It’s not part of the customs and the culture. Moreover, much of the travel that does happen consists of sterilized, isolated experiences that mimic life in America – like a resort with American food and American people where Mexicans wash dishes and clean rooms. And I believe this is hurting American people just as much as diabetes.

Lack of exposure to other cultures is a key factor in xenophobia, ethnocentrism, and racism against immigrants and minorities. I have met several Americans whose mind was blown when they traveled abroad for the first time and found out that America is not the cleanest, the most technologically advanced, or the friendliest country in the world. Do you know why I’m not afraid of Mexican immigrants? Because I’ve been to Mexico, real Mexico, many times. I have lived in Mexico, eaten in Mexico, and been very happy in Mexico. I can’t wait until America becomes more like Mexico. I have spoken to many Mexicans who have worked in the US and have a glimpse of how the archaic US visa policy affects people. You know where else I’ve gone? To Indonesia, the most populous Muslim nation in the world, where President Obama lived as a child. Indonesians love that fact, embrace our president and are friendly to Americans. I’ve also been to the UK and to Germany, where the numbers of Muslim immigrants are far greater, proportionally, than in the US. Actually the Brits and Germans also complain about them, but you know what? London is still standing. The Big Ben is there, the Queen, tea. And Oktoberfest is alive and well in Deutschland, as are pork sausages. But now there is also falafel for vegetarians. Will some of the old world culture disappear and change? Sure. But no culture is permanent, as indigenous people of colonized New World well know. And so would anyone who visited Greece, Italy, or Guatemala, and beheld the ruins of past civilizations that also considered themselves to be the greatest and most deserving of God’s graces, until someone else came and built their own temple on top of theirs. What we have now is more resources than ever, more food than ever, more ways to communicate than ever, and more work-saving technology than ever. Somali refugees don’t need to burn down a Minnesota suburb to establish their own village.


Most people agree that American education is behind that of many other developed countries and attribute the rise of ignorant political leaders to that failure. Travel is the ultimate form of education, and we have been really lagging behind in travel. This is why so many people in America freak out when they hear a foreign language. How can we tell our leaders to make foreign policy decisions about countries we’ve never seen? And yet, we even elect leaders that themselves have never seen a foreign country, let alone countries they vote to bomb. As education, travel is not a luxury, but a necessity for a better, healthier, more tolerant, and modern society. It is not enough to go to Paris for a honeymoon. It’s not enough to go diving in Cozumel. It’s not enough to study abroad in Spain. It’s not enough to live on a naval base in Okinawa. Travel is a form of education that is life long, like reading books (also not so popular in the US). You have to keep doing it to keep relating to people from around the world and keep expanding your mind. Just like with books, you won’t improve yourself on a stack of Twilight novels – you need to expand into difficult books, unfamiliar books, books in different genres, books by foreign writers and about different places and times. It’s never too late to start, but the younger you start – the better. Just as school and books have the most influence on the youngest, so does visiting foreign countries.

Just as there are people who read all the time and have a college degree that still hate immigrants, there will be people who will travel around the world and conclude that “USA – NUMBER ONE”. But there is an association between lack of exposure and fear. If you want to live in a progressive, inclusive country, make travel a priority for you and your children. Step outside your comfort zone, try being a minority, hear non-English all day long. As a society, we need more people who travel. The more people travel, the more normal it will become, and the more we can make up our own minds and think critically about propaganda. And if you want to live in an inclusive and peaceful world, America needs more everyday people as ambassadors abroad. As some Americans dance around an immigrant effigy at a Trump rally, many more people around the world resent America. Some with good reason, but many due to similarly ignorant propaganda coming from their own cynical leaders. As a traveler, you can educate yourself, and you can create human connections with people across the ocean or south of the border. This will serve our country well, as we grow and elect more globally-minded citizens and leaders who are not so quick to start a war, who don’t treat human beings as “illegals”, and who are just more comfortable in their own country. 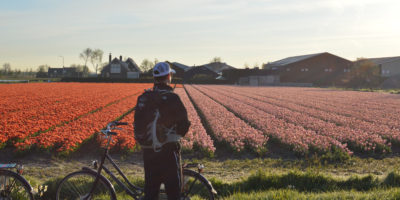 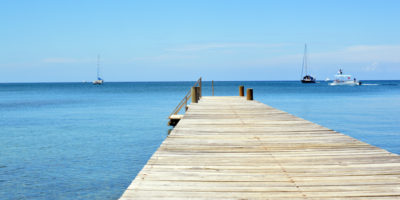